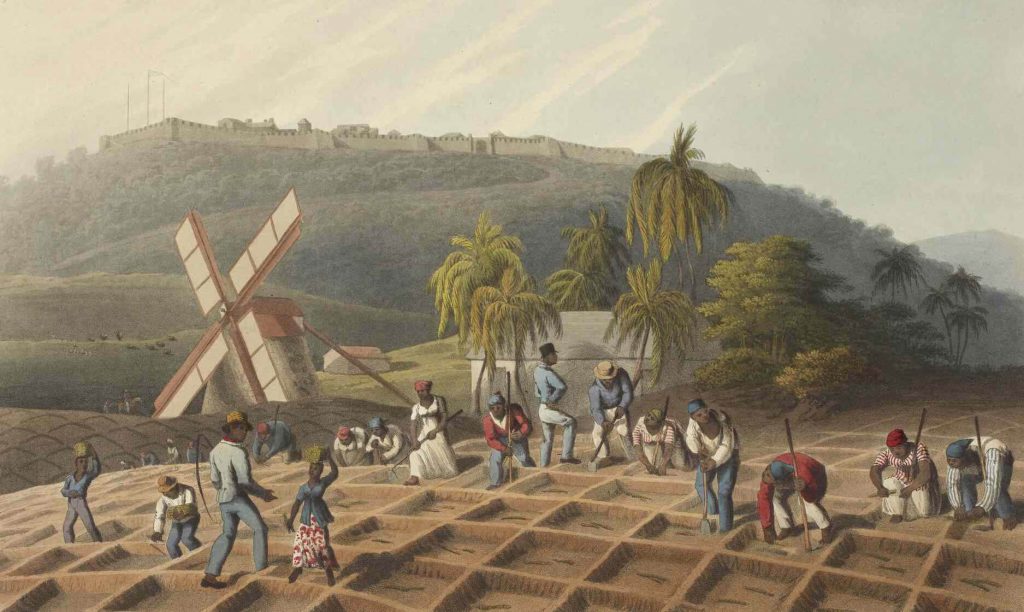 Slavery as an Institution

Those enslaved from the continental mainlands and islands of Africa, and the Americas thereafter, have been preemptively misnomered and identified as “Negro,” “Colored,” “Black,” and “African-American,” having been subversively subjected to the laws pertaining to those titles and disconnected from their actual and pre-existing tribal and ethnic identities, nationalities, freedom and birthrights, subversively being nationalised as United States citizens to which they have been prisoners of war for over 400 years.

The Lie of Reconstruction

Reconstruction Era enhanced the violations of formerly enslaved, now freedman’s social, civil, economic, and political rights as Special Field Order No. 15 proclamation and Freedmen’s Bureau Act existed to grant 40 acres of land and a mule to freed slaves in addition to aiding freedmen with food, housing, protection, education, health care, and employment contracts with private landowners, including the distribution of land, schools for their children, and military courts to ensure these rights, but was completely revoked and disbanded by President Andrew Johnson and President Ulysses S. Grant to where even those millions of dollars in capital and assets acclimated by those freedmen in spite of these violations was stolen from them in the bankruptcy of the Freedman’s Bank and establishment of “Black codes” to which they were constrained to wage labor to survive, often by force for little to no money at all.

Following the 13th Amendment, the United States government at the federal, state, and local levels continued to specifically perpetuate, condone, and profit from practices that continued to oppress, brutalize, and enslave African and Afro-Indigenous people through Black codes of 1865, the Berlin Conference of 1884, national Sexual Sterilization Acts from 1907 to 1970, the Highway Act of 1956, sharecropping, convict leasing, Black suffrage, redlining, displacement and inadequate housing by government housing policies that include discriminatory VA/FHA practices including “Urban Renewal” and a variety of local and federal “affordable” housing programs, gentrification, the Compulsory Education Act of 1922, the War on Poverty in 1964, the War on Drugs in 1971, the Crime Bill of 1984, and disproportionate treatment at the hands of the criminal justice system.

The Ku Klux Klan
Preceding and following the Third Enforcement Act, a civil rights act of 1871 to empower U.S. Presidents in suspending the writ of habeas corpus and combating the Ku Klux Klan and other ethnic supremacy organizations, hundreds of European supremacists have taken political office United States local, state, and federal government offices both publicly and in secret, and thousands have been granted special privileges to advance in various careers and positions of power in businesses, institutions, and government. Those dozens out of hundreds known and unknown, notable Ku Klux Klan members to take political office in the United States are:

Birth of a Nation was the first American motion picture to be screened in the White House, viewed there by President Woodrow Wilson. Originally called “The Clansman” in 1915, it was a film about White clansmen saving White women from ravaged “Negro” men who would seek these women as prey to rape. It was a propaganda film to subvert the men to the image of being savage, and make pure the actions of the KKK during the time. Laws and the perjurious propaganda sponsored and endorsed by the United States government enforced the public, private, personal, and professional dehumanization of DAEUS/Afro-Indigenous life, encouraging its fully recognized citizens to further vilify, torment, perturb, antagonize, criminalize, terrorize, and murder DAEUS/Afro-Indigenous peoples with government connivance, complicity, conspiracy and collusion. Over 4,700 lynchings were the result of the laws until the late 1960’s. The massacres of freed “Blacks” and the blazing of their communities (despite their’ independent abilities to do for themselves and leave others completely alone) killed thousands and displaced hundreds of thousands between 1917 and 1923 alone; obliterating 23 independently thriving cities and towns across the nation, creating abominably notable atrocities like the Red Summer of 1919, the Greenwood Tulsa Riots of 1921, and the Rosewood massacre of 1923.

The 3/5 Compromise made the number of seats that a state would hold in the United States House of Representatives obtain the benefit of apportioned representatives on the basis of their total population for two years. Slaves were considered 3/5’s a person, thus adding more representation to states with more slaves. This would mean more representation against their lives. Until the 15th Amendment to the United States Constitution in 1870, which was not fully supported until The Voting Rights Act of 1965 due to discriminatory statewide voting practices across the nation, those men and women were involuntarily sub-socialized into a civilization of white supremacy, unprotected by the laws of the land permitted to its citizens. Even into the 21st century, the practice of gerrymandering and the creation of “majority-minority” districts still contributes to Black Suffrage today.

The warfare, thievery, enslavement, and genocide that flourished in the United States of America constituted an immoral and inhumane deprivation of DAEUS/Afro-Indigenous’ peoplehood and culture, birthrights, citizenship rights, human rights, unalienable rights, indigenous people’s rights, and denied them the fruits of their own labor.

The perpetual violations of the United States Constitution to abide by its treaties as supreme law of the land, bounding Judges in every state, state constitutions and laws to the contrary notwithstanding, have transgressed their’ land sovereignty, peoplehood and culture, birthrights, citizenship rights, human rights, unalienable rights, indigenous people’s rights, and denied them the fruits of their own labor.

The statutes that have enforced population control since the threshold of the 20th century has sterilized roughly 70,000 “Negro” women by federally funded family planning programs commissioned by the United States government. As a routinely required compulsory and coercive prescription, the first sterilization statute of 1907 unto the last passed in 1970 enacted policies that legalized the forced sterilization of women directly based on race and class. The intersection between race and class status made those women the most vulnerable to sterilizations… North Carolina for example sterilized 1,620 women between the years 1960 and 1968 with 1,023 of them being “Negro”; 56% of them under age 20. The Tuskegee Syphilis Experiment, taking place between 1932 and 1972 by the United States Public Health Service to also lends to the medical mischief, malpractice, and malice of the United States government. Today, DAEUS/Afro-Indigenous maternal mortality is 4 times that of “Whites.”

The War on Drugs

The War on Drugs was subsequently discovered to have been made, manufactured, managed and militarized by the United States government to commodify and capitalize on the international industrialization of drugs and other illegal substances; yet was propagated as a campaign to end it. This created a public health crisis within the communities that the DAEUS/Afro-Indigenous Americans were deluded into, creating hyper-local warfare between them at the intersections of federally funded architecture and engineering for “Black’s” subjugation to poverty; furthering the 13th Amendment’s re-constitution of slavery while continuing to vilify, torment, perturb, antagonized, criminalize, terrorize, brutalize, and liquidate DAEUS/Afro-Indigenous life.

The School to Prison Pipeline, being the advantageous criminalizing of disadvantaged minors in public schools, created school disturbance laws, zero tolerance policies and practices, and increased police presence in schools to ultimately subject children to juvenile detention centers creating for them this pathway to prison. With these children being nurtured in disadvantaged and impoverished communities, which we know was the architecture of the U.S. government, the zero tolerance policies and school resource officers have further criminalized DAEUS/Afro-Indigenous youth in schools, where, they youth make up 14% of the national youth population, but 43% of boys and 34% of girls in juvenile facilities, and suffer a deep persisting, yet apathetically ignored traumatic stress from the transgressions against their lives since birth.

The opportunity for the DAEUS/Afro-Indigenous Southern American to live in decent neighborhoods upon their great migration from the south to the north was met with the systematic denial of credit, insurance, loans, fair mortgages, real-estate access and entry into substandard homes and communities. This was the impetus for the current neighborhood racial segregation, workforce mitigation, racial wealth disparities, concentrated liquorlining, denied financial services, environmental racism, digital redlining, and political redlining today. As late as 2005-2008 when banks sold “Blacks” subprime mortgages and referred to “mud people” and to those subprime lending as “ghetto loans,” instead of jail time some of the executives responsible for the American Recession of 2007-2009 went on to serve in financial, economic, diplomatic executive positions for the 45th President of the United States. Today, government programs said to generate economic growth in targeted communities more than often, if not always, lead to the gentrification of those communities, influxing more affluent residents and businesses into them with empowerment zoning to directly target neighborhoods affected by redlining, the war on poverty, and war on drugs which displaces existing residents due to their inability to afford the new costs of living, leaving people homeless, jobless, and having to start anew, again; redlining in the obverse.

A preponderance of scholarly, legal, commercial and community evidentiary records and documentation, as well as popular culture markers, constitute the basis for redress into the ongoing effects of the institution of slavery and its legacy of persistent systemic structures of discrimination on the living DAEUS/Afro-Indigenous Americans and their societies in the United States as they have been subjected to over 500 years of social, political, economic, and ecological holocaust within the structures of Euro-colonialism to which the nation abides.

Preceeding the 13th Amendment, the United States government at the federal, state, and local levels created, condoned, and profited from practices that oppressed, brutalized, and enslaved African and Afro-Indigenous Americans well beyond the mentioned Negro Act of 1740, Plantation Act of 1740, Fugitive Slave Act of 1793, Disruptive Preemption Act of 1841, and National Bank Act of 1863.

Institution of Oppression
The Maafa/Maangamizi

DAEUS/Afro-Indigenous Americans have suffered and continue to suffer from the effects of: 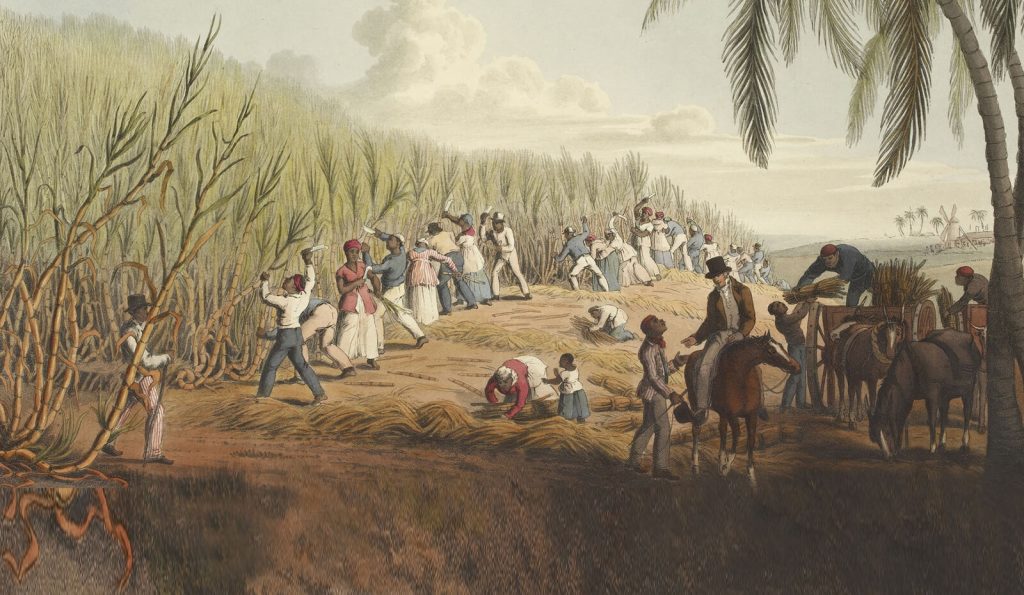