“Who Should Receive Reparations?” by N’COBRA PHL 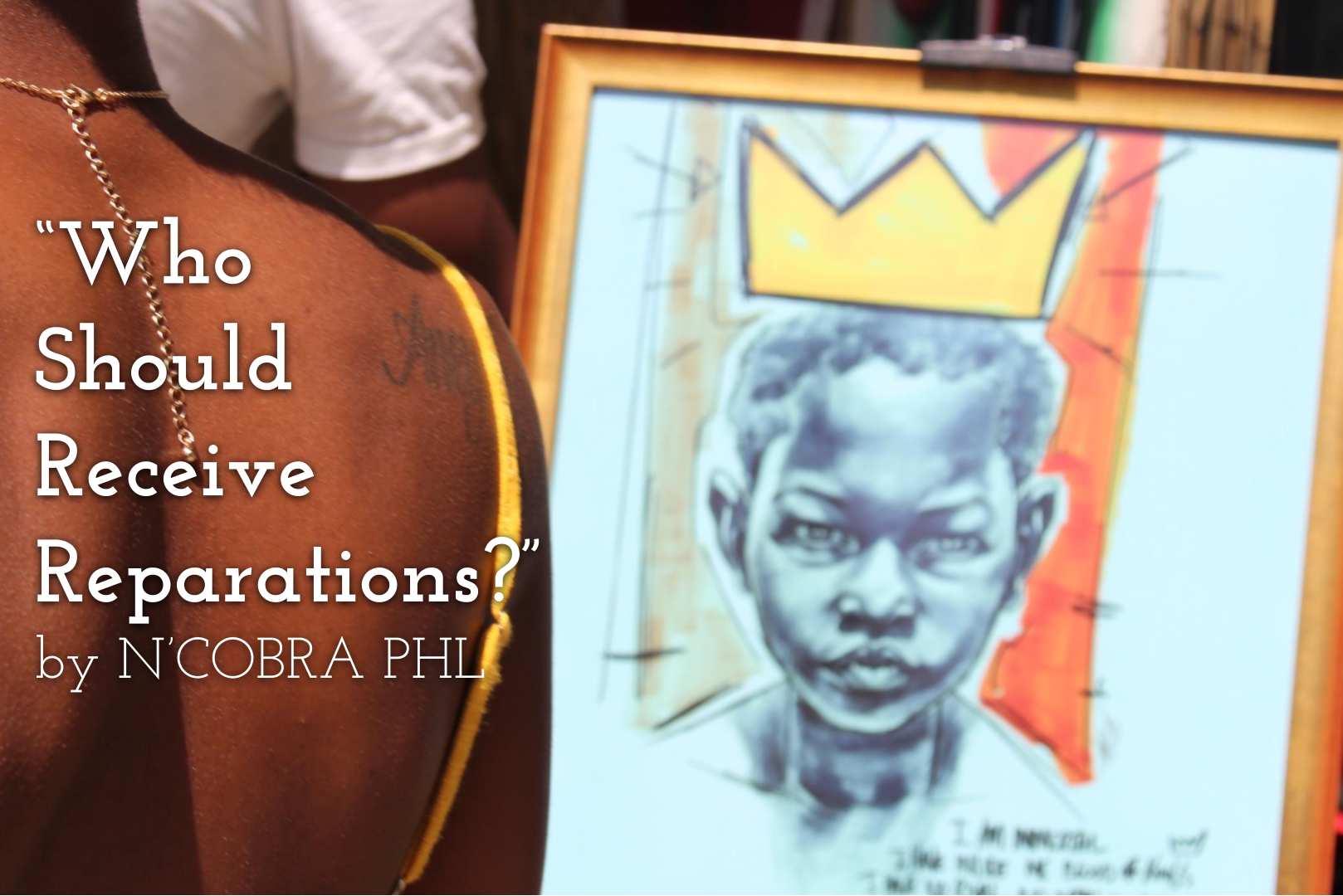 Where the National Coalition of Blacks for Reparations in America (N’COBRA) and The National African American Reparations Commission (NAARC) believe that reparations need to be issued across the board to all Blacks in America, we the Philadelphia chapter of N’COBRA do not.

To be clear, N’COBRA PHL is the Philadelphia chapter of the National Coalition of Blacks for Reparations in America and operates an independent nonprofit infrastructure from affiliate N’COBRA chapters and subsidiaries. Like each N’COBRA chapter, our activities are hyper-local and specific to our region and bring advocacy and awareness to our municipality regarding reparations and reparatory justice practices, programs, and policies.

With respect to the bill H.R. 40 bill to establish a commission to “ identify (1) the role of the federal and state governments in supporting the institution of slavery, (2) forms of discrimination in the public and private sectors against freed slaves and their descendants, and (3) lingering negative effects of slavery on living African Americans and society,” which N’COBRA founders and elders have inspired and lobbied, we stand on the principle that Reparations from the United States to Black America should redress and recompense the descendants of Africans enslaved in the United States between 1619 and 1865, to which became 14th Amendment citizens from 1868 to the present day.

As we have grown and evolved as a chapter, we recognize various other identifiers of the descendent group as Afro-Indigenous Americans, Native Black-Americans, “Black” descendents of enslaved Americans, and U.S. Freedmen

Since 1619 to 1865, more than 4,000,000 people were enslaved in the United States and the British colonies that became the United States of America from the continental mainland and islands of Africa, the Americas, and Iberia, and have been erroneously and preemptively misnomered and identified as “Negro,” “Mullato,” “Colored,” “Black,” and “African-American,” having been subjected to the laws pertaining to those titles and disconnected from their actual and pre-existing tribal and ethnic identities, nationalities and birthrights. Subversively, these descendants have nationalised as United States citizens to which they have been prisoners of war, never defining self-determination for themselves in the wardship of the United States whereas other racially “Black” or ethnically African migrant groups have existing rights provided by established international laws and agreements established by their homelands, states, and countries, whether their being in the United States is by choice or circumstance as an immigrant, emigrant, or refugee.

We as the Philadelphia chapter of N’COBRA are reparationists for the crimes against humanity of all people, and all “Black” and ethnically African migrant groups in the United States whose ancestry do not descend from slavery yield a different case in the suit of reparations, which we support! These are simply the facts and circumstances of history, and when seen through the lens of domestic law, international law and natural law, we shall support them and their state’s and nation’s pursuit for reparations as they would our own.
– Rashaun Williams