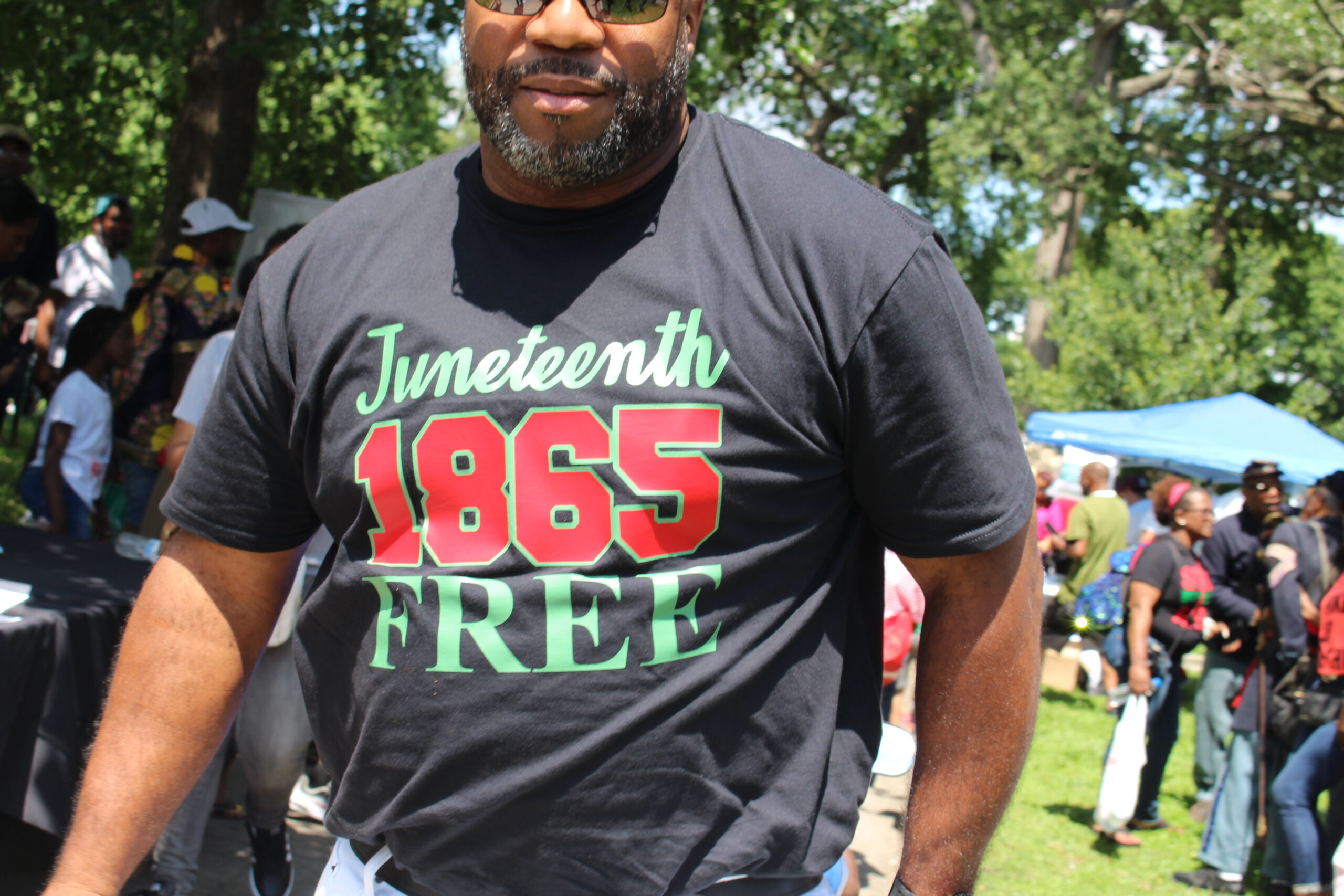 After the American Civil War, Black Americans were entitled to the rights and protections beyond the 14th Amendment through The Freedmen’s Bureau Act. This act, Special Order No. 15, granted 40 acres of land, food, housing, protection, education, health care, employment contracts with private landowners including the distribution of land, schools for their children, military courts, and banks to freed Black Americans. Not only was the act overturned in 1874, but the money accumulated in their banks was stolen and U.S. units of government targeted, restricted and seized Black people’s land and property. The decline of Black businesses, destruction of Black towns, denial of Black political engagement and participation, and degradation of Black lives post-Civil War is one that needs redress.

N’COBRA PHL sees Juneteenth as an opportunity to bring attention to the atonement necessary to Black Americans for the crimes committed against their humanity by the United States. We understand the nuance of history and identity for the descendants of enslaved Africans in the United States, Afro-Indigenous Americans, Native Black-Americans, the “Black” descendents of enslaved Americans, and U.S. Freedmen. We see true emancipation through their ability to proclaim emancipation for themselves, and identify themselves with their native and homelands as they see fit. In the cases where the descendants of enslaved Africans in the United States were freed from the institution of slavery, their reparations, and repatriation upon request, should have been provided and maintained in good faith. In the cases where Afro-Indigenous Americans were able to identify their indigneous nativity to Turtle Island, they should be able to establish tribal nations among themselves beyond the recognition of Congress, or federally recognized tribes who exclude them from their communities. In the cases where Native Black-Americans and U.S. Freedmen were supposed to be given 40 acres of land, those lands should have been untaxed and unincorporated from the United States jurisdiction, and their monies procured and secured solely by them.

Instead of the promise of The Freedmen’s Bureau Act and Special Order No. 15, Black Americans were subjected to Black Codes, Convict Leasing, Sharecropping, Jim Crow laws, Suffrage and more. Black Codes were laws that denied Black Americans the right to own homes or property, to own a business or conduct business, to purchase or lease land, and travel freely. They included vagrancy laws that criminalized Blacks for being homeless and criminalized men who were unemployed, or working jobs that white policy officers refused to recognize as legitimate. Convict Leasing was a system of forced penal labor where states leased prisoners to perform labor intensive work without pay. The work included digging levies, laying railroad tracks, picking cotton, mining coal and other physically taxing jobs. Sharecropping was a system that indebted Blacks to a landlord who provided subpar wages that kept Blacks from having any economic mobility and keeping them tied to the land they worked as tenants who were unlikely and unable to leave for other opportunities. Jim Crow laws made it legal to discriminate against Black Americans, and exonerated and absolved whites from the crimes they committed against their humanity. They furthermore, prevented Blacks from testifying in court against those whites, or for their Black friends and family members. Suffrage denied Blacks the right to vote, violating their 14th Amendment to do so, and so much more…

The Emancipation Proclamation makes Black Americans subjects and wards of the United States through citizenship, as opposed to honoring their actual and pre-existing tribal and ethnic identities, nationalities and birthrights in the American Republic. In the same sentence where the Thirteenth Amendment “abolishes” the practices of slavery and indentured servatude, it sanctions the practices when persons are convicted of a crime… Section one of the 14th Amendment says that “No state shall make or enforce any law which shall abridge the privileges or immunities of citizens of the United States; nor shall any state deprive any person of life, liberty, or property, without due process of law; nor deny to any person within its jurisdiction the equal protection of the laws.” Without these rights, privileges and immunities being provided to Black Americans, Juneteenth is simply a federally recognized holiday patronizing and commercializing Black American liberation for the benefit of American patriotism and white despotism over Black culture and the capital it generates for the U.S.

Juneteenth does not honor the promise of emancipation or the Freedmen’s Bureau Act. The United States must make due on its promise to provide acres of land, food, housing, protection, education, health care, employment contracts, schools, courts, and banks to freed Black Americans. Until Juneteenth is understood in the context of true emancipation, the 13th and 14th Amendments to the U.S. Constitution, and Special Order No. 15 of the Freedmen’s Bureau Act to provide Black Americans reparations for the institution of slavery, our parades are charades.
– Rashaun Williams